Engaging the fans is about more than making them watch the game. Shouting from the stands or in front of the TV is an important part of supporting a club. But there’s more to be done with Crowdmanager’s Goal Club solutions.

Let us show you how supporter engagement can be monetized. Let’s look at how Viking does it.

The club makes € 400 every time they score a goal.

Viking is one of Norway’s most successful football clubs, having fostered internationals like Erik Thorstvedt (Tottenham) and Brede Hangeland (Fulham). No Norwegian team has enjoyed more top flight seasons in Norway. Viking is now in Norway’s top division for the 57th time, with only one relegation in recent history.

Viking is using Crowdmanager’s easy to set up solution for making money every time they score a goal. That’s the essence of The Goal Club concept.

Fans and sponsors have pledged a small amount of money to be deducted from their bank account. Individual members can pledge as little as € 0.5 or as much as €10 for each goal. Corporate members can choose to pledge from € 5 to € 300 per goal.

Viking has also set up an attractive incentive programme where lucky fans can win prizes like VIP tickets to away games with airplane travels and hotel expenses paid. Also, with every home game, club sponsor Showroom gives out a high end Bose headset to a member of The Goal Club.

– We think this is a potential income of € 50.000 a season. The concept is very simple and is a positive entrance for the fans. Quite a few of our sponsors are also in on it, as The Goal Club is included in the sponsorship deals.

– The Goal Club is where it really pays off to have passionate fans, says Crowdmanager CEO Kenneth Akselsen.

– Of course, scoring lots of goals is important in and of itself, but the synergy between the pledges and success on the pitch is what makes this a winner.

Before the 2021 season kick-off, Viking has more than 212 individual Goal Club Members and 8 corporate members. 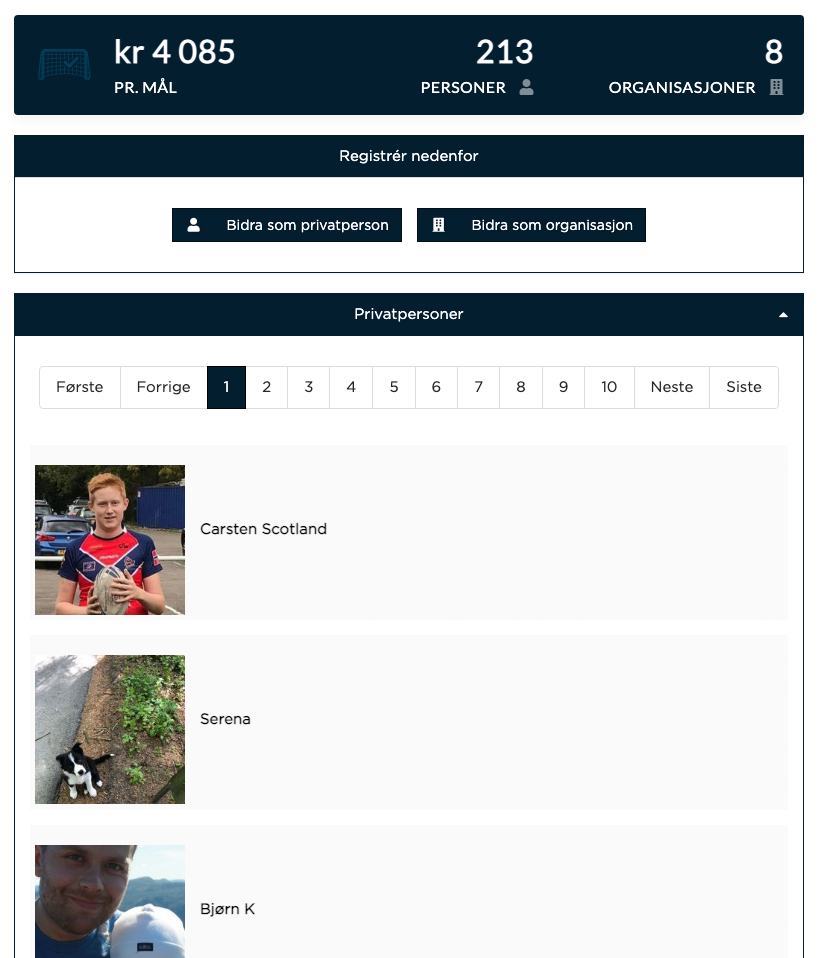